On an acting resume, the “Special Skills” section is generally where people put those skills that might be useful on the stage or on set. I have a special place in my heart for them, because, let’s face it, the vast majority of on-camera work I’ve done has been more “special skills” than “acting”. I booked my first gig (as a ninja on a national TV commercial) because of hobbies I’d pursued for years – and in the logic of commercial casting, Asian + Martial Arts + Gymnastics = Ninja.

One special skill I’ve been training in is ping pong. Purists might refer to it as “table tennis” – I guess because it makes it sounds less like some rinky-dink game, and more like a “sport”. In Chinese, the characters are literally a transliteration of “ping pong”, so it doesn’t bother me to call it that. When I lived in San Francisco, I trained with Masaaki Tajima at the Sunset Table Tennis Club, and even competed in a few tournaments (my last USATT rating was 988, dating from May 2001 – which makes me a good beginner). Then I stopped playing for a long time, and picked it back up in the last couple of years.

After leaving my latest ping pong training session (tired but happy), I thought of how ping pong related to acting. As I’ve mentioned before, you have to build up your foundation of training – the basic core skills of any pursuit. But then, once you’re “performing” in a game or on camera, you have to let your “muscle memory” take over. Overthinking is what will destroy your rhythm and take you out of the moment. In a sport as fast as ping pong, you do your strategy beforehand – once the point starts and the ping-ponging gets crazy, you can only react to what your opponent and the situation is giving you. When the point is over, you have to put it behind you, and move on to the next point. You retain some awareness of what has gone on before, and the general arc of how the game is going, but the important thing is to be present in what’s happening now. Hmm… sounds a lot like the way you’re supposed to approach auditions, or takes, doesn’t it?

Like everything else – eventually the robots will take over. Here’s a video clip of Chinese robots playing ping pong:

Of course, the robots are not quite at this level yet:

Look especially at 2:30, when Timo Boll of Germany switched the paddle to his other hand in mid-point, hit a stroke, switched it back to this original hand, and won the point. Ridiculous. 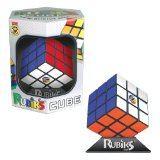 Remember these things? I had one when I was a kid, but never figured out how to solve it.

Well, a few weeks ago, I was at a friend’s place and saw that he had one. I still couldn’t solve it. So I set out to finally learn how. The main difference is that now there are web pages with instructions for solving a Rubik’s Cube. I used this one.

I ordered one from Amazon, and got it a couple of weeks ago.

Took about a week to learn how to solve it all by myself, without referring to the solution. Got the first full solve this past Monday.

Now I’m averaging about 3-4 minutes to solve. 5-6 minutes if I screw up and have to backtrack. Fastest time a little over 2 minutes.

Practice makes a lot of difference, obviously. From not making mistakes on the algorithms, to being able to manipulate the cube more smoothly. The cube itself gets less stiff with more use.

Luck factors into it also – there are certain configurations that require less moves. I’m not good enough yet to “plan” it that way.

I’m sure I can get a little faster – but I won’t be spending huge amounts of time memorizing more algorithms. Still – great to finally learn how to solve one of these things!

Update: It has now been proven that it takes no more than a maximum of 20 moves to solve a Rubik’s Cube.