The “Crazay” music video shoot was an adventure all around. The song is from the first album of up-and-coming rap artist Honors English, produced by Grammy-award winning producer Needlz. 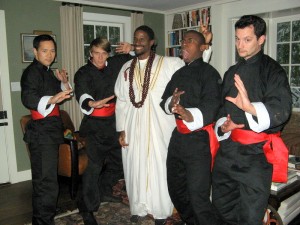 It was shot using the Phantom Flex digital camera, which is capable of ultra-high framerates (up to 2500 fps!!!). The cast were dressed in martial arts outfits, doing our moves – and it looks fantastic in super slow motion. There were also some other amazing shots, which I’ll leave as a surprise until the music video is released. 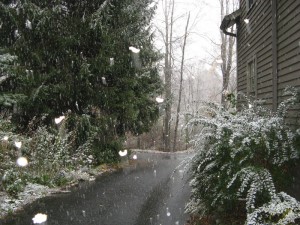 We were doing great, then of course, the freak snowstorm hit. In October!!! About a foot of heavy, wet snow, 2 million people without power – including our location. With no power, we couldn’t shoot. So we wrapped early for the day, and finished up the next day with a minimal cast and crew. I got my workout – doing both production assistant work as well as my scenes. It was a tiring, but fun shoot. Can’t wait to see the finished music video! 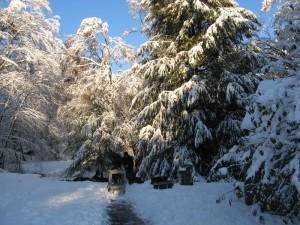