Yesterday, I went to an audition/shoot for an industrial. By that I mean, the audition was also the shoot – with full lighting, sound, makeup. They’ll pick from the audition footage to edit into the final cut.

The client is a global company, and the idea is that we’re speaking selected quotes in different languages. So the waiting area was like a mini-United Nations, full of people of different backgrounds.

I understand why they did it – saves a lot of time and money. Otherwise they’d have to review the audition footage, book the talent, then have them come back in again and do the actual shoot. This way they can get it all done in one shot.

But this also makes it tricky to pull off logistically. Normally, with industrials, the text is very tightly controlled and approved at multiple levels ahead of time. With so many languages involved, the text was an issue: not all the translations were available, and a lot of the translations needed tweaking. For example, the Chinese quotes were really only appropriate for Mandarin. For Cantonese in a conversational style, they had to be tweaked: not only pronunciation, but also changes in the phrasing or substituting words.

I got a copy of the script over the weekend, but it had only the English quotes. I did a first pass translation of the Chinese quotes using Google Translate. Then I consulted my in-house Chinese languages experts: my parents. We went through the text to tweak it for what it should be in Cantonese. This is more difficult than you’d think, since Cantonese doesn’t have a canonical written form – the way it’s spoken is pretty slangy. I repeated the phrases a bunch of times, until I’m pretty clear what the Cantonese should be, and it was relatively smooth. I even recorded me saying them while I had my parents on the phone, to make sure I’d still be able to remember them later.

The morning of the shoot, I received a copy of the Chinese script. Luckily, my audition time was not til late afternoon. I started practicing with the new script, which is largely similarly to the final version of what we worked out the night before. I printed out the quotes in big letters, and taped them to the wall, to simulate what a teleprompter would be like. I sent my dad the new script, and he helped me do the final tweaks on the text. Then back to more practice. At first I used text with all my markings on it, but eventually I moved to their text as they had it – since I don’t know if I’d be able to use my sheets, and I might have to rely purely on their teleprompter with the original Chinese text.

By the time I arrived on set, I’d practiced those quotes probably hundreds of times. Even though the director offered to let me use my sheets, I opted for the teleprompter – I was used to seeing the original text at this point. We started off with the longest quote of the bunch. The first couple of run-throughs were a little stiff and with a few stumbles, as I got used to the teleprompter. Then I got into my groove, and it was pretty smooth. I could take my time with the words, put the inflections and emphases in the right places, and say it like I was talking naturally. Just like I practiced.

Looking back, maybe it was a good thing I only had a day or two to practice. The work I did was focused, I didn’t waste time, and I didn’t expend excessive amounts of effort. When you don’t have a lot of time, all you can do is rely on your foundation of training, and hone it for the particular situation.

I’m a native Cantonese speaker, so even with having to do my own translation, I managed to pull it off. Now, if I had to do it in Mandarin, I’d have had a whole lot more trouble – I don’t even know how to pronounce a lot of the words in Mandarin correctly!

The lesson is: be who you are, do what you know, train hard before you need it, sharpen it for the occasion, and hit it out of the park. 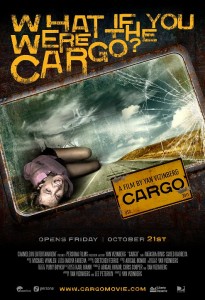 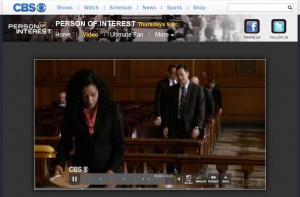